The first ride since Covid 19 restrictions were eased in Victoria and South Australia in December, was an exciting prospect. On the face of it, it was understood that Victorians could cross the border into South Australia simply by getting a covid 19 test 72 hours before arrival.  WHAT the SA government would allow disease riddled Victorians into their Gulag? Too good to be true. So when Clause suggested a Meet and Greet in Robe South Australia on December 4th we were in. 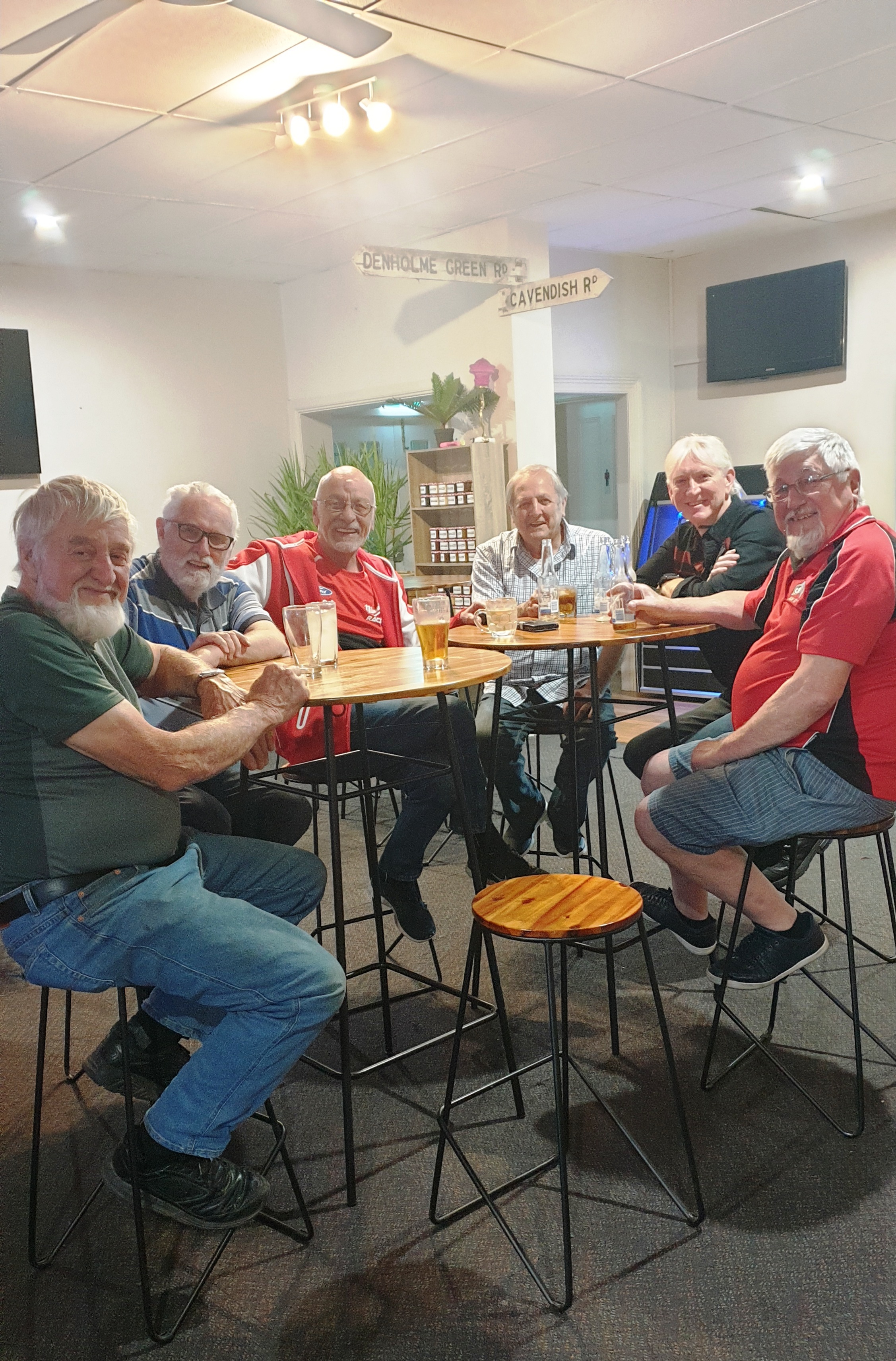 The Ballarat boys (Franz, Jim and Terry) together with the Melbourne squad (Peter, Tony, Frank and a new boy on the block Enzo)   made plans. Accommodation bookings were made and expectations grew, but were quickly dashed.

It was true, you needed a PCR test 72 hours before entry into SA. BUT THEN you needed to get another PCR test within 24 hours of entry and ISOLATE until you get your results. BUGGER we were only in Robe for 24hours anyway. So that was not gonna work.

Text message after text message were sent and received and a new plan was drawn up excluding South Australia the pleasure of our presence.

The Melbourne team would ride to Ballarat and then the Magnificent Seven would head west. It was decided to use the road less travelled and rest up in Casterton, where the Blue Healer bread originated, well that’s what the sign said on entry to the town.

The Albion Hotel was the watering hole of choice. A nice day, a nice ride a nice meal. 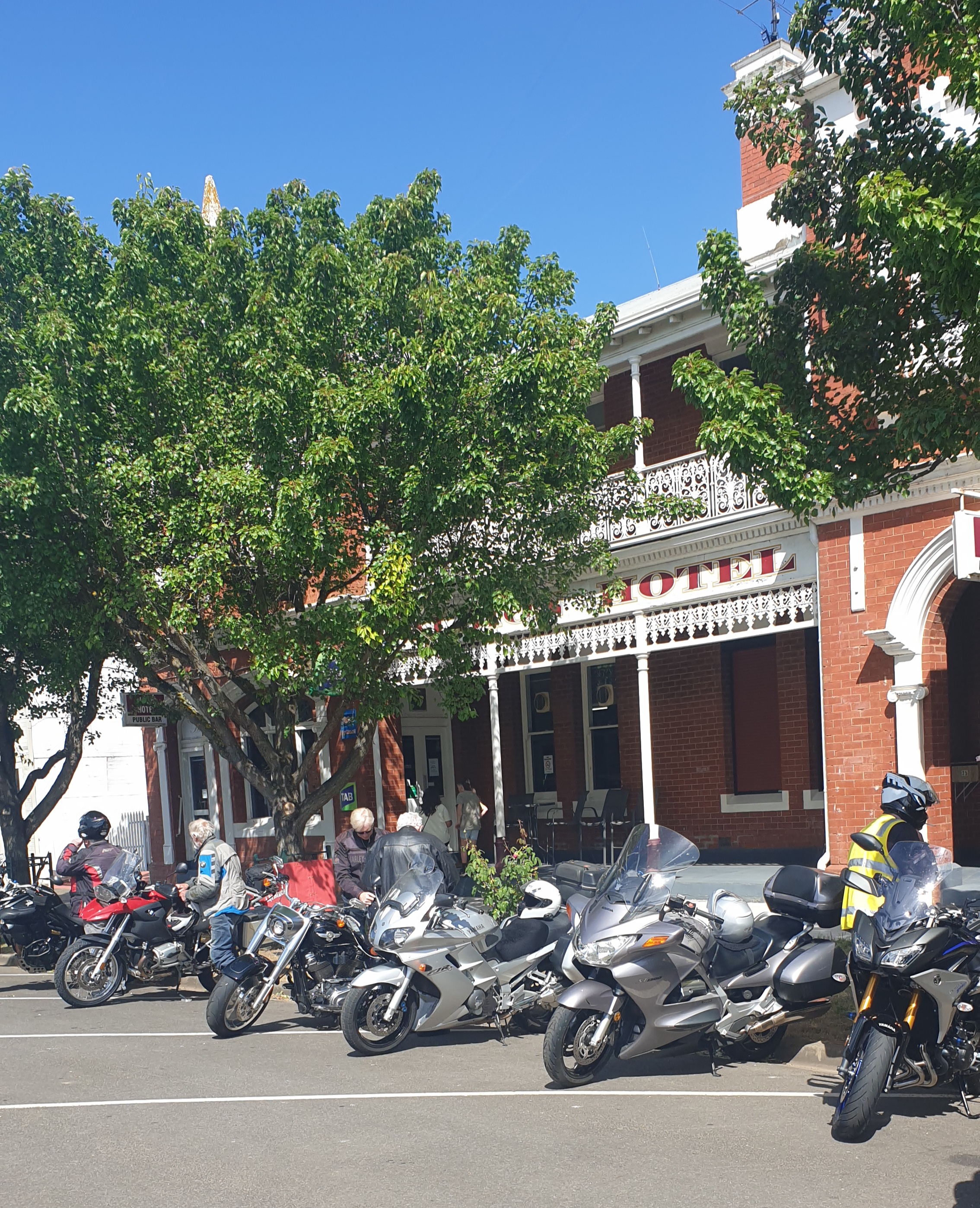 We woke to a much cooler day and after a hearty breakfast we headed towards the Great Southern Ocean. The leisurely ride through the farming land of the Western District, although cool, provided us time to enjoy the pleasure of being out and riding again.

We took our first break at Port Fairy.

We then pushed on through Warrnambool to Peterborough and on to Port Campbell, the beginning of the Great Ocean Road. Looking over our right shoulders we saw glimpses of the Twelve Apostles. We headed inland towards Lavers Hill part of the Otways National Park. The road was damp from overnight rain, but it provided us with our fill of twisty bits.

Our day ended in Apollo Bay.

The following day was the feature part of the ride, The Great Ocean Road from Apollo Bay to Anglesea. All the way along the iconic coast road. This leg of the journey was done with one member less, Jim, who had an appointment back in Ballarat so he left the team at dawn.

From Anglesea we said goodbye to the Franz and Terry who headed off home to Ballarat, while Tony, Peter Enzo and myself headed back to Melbourne. 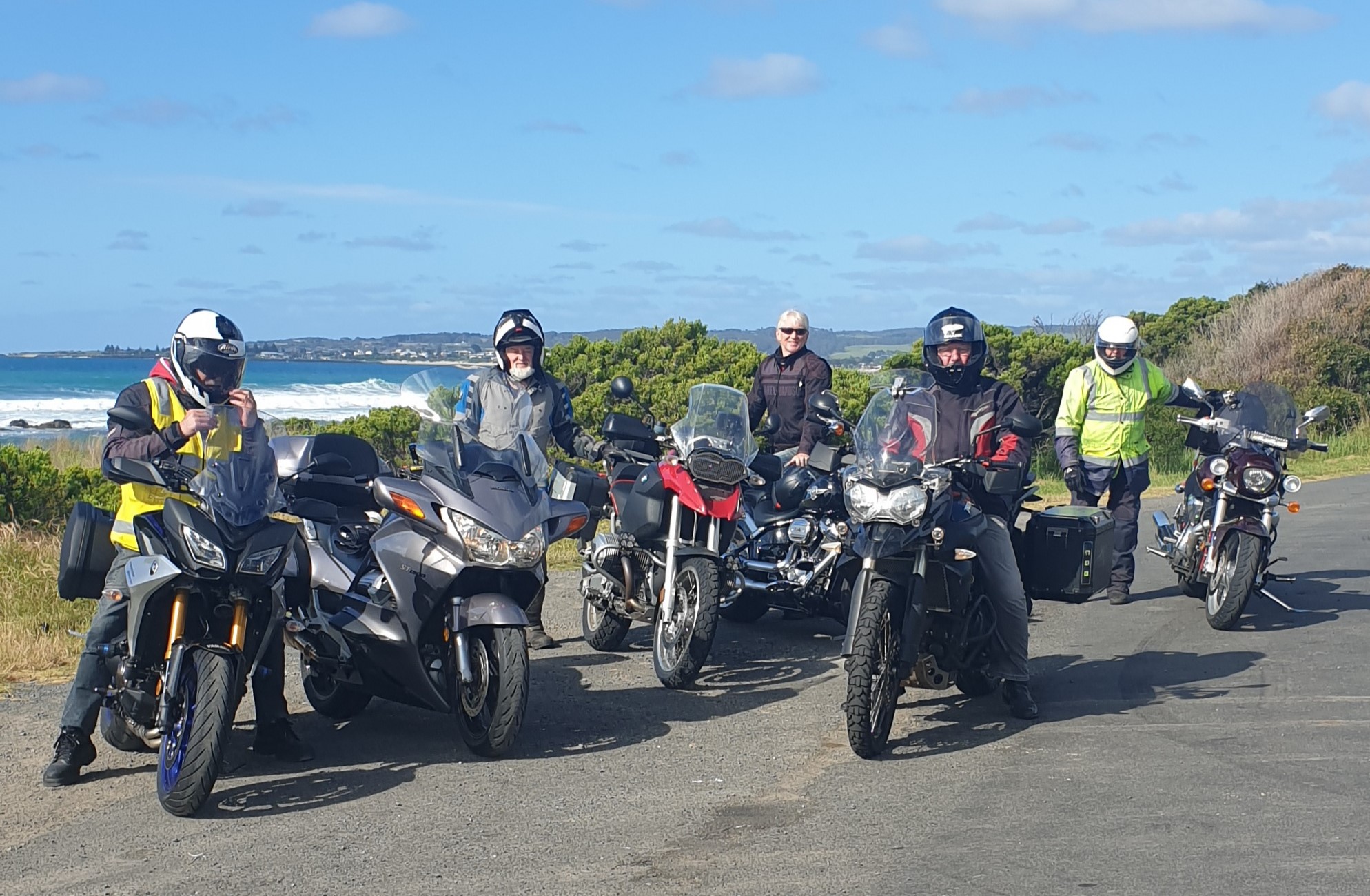 Thanks boys for making it so much fun to be on the road again. 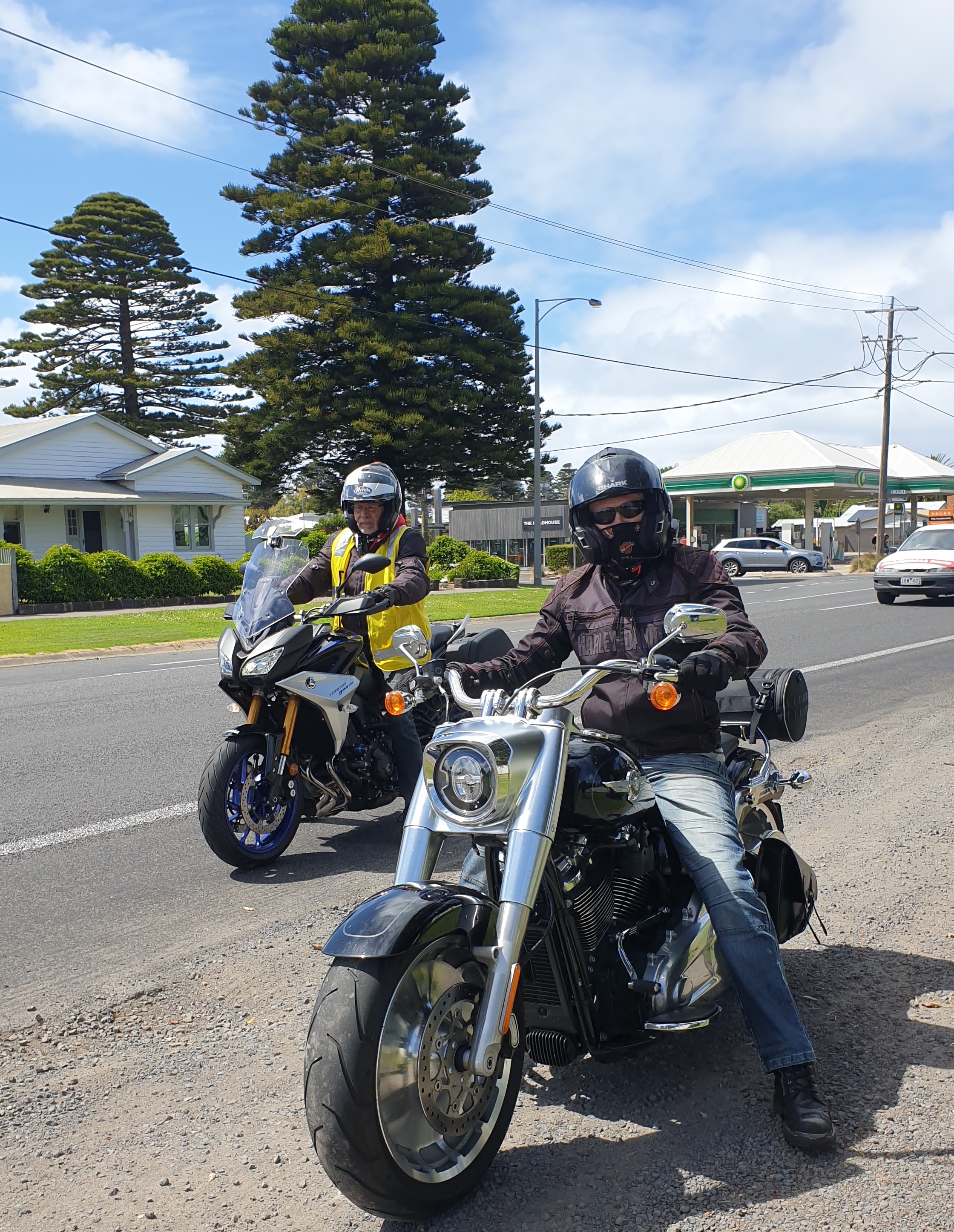 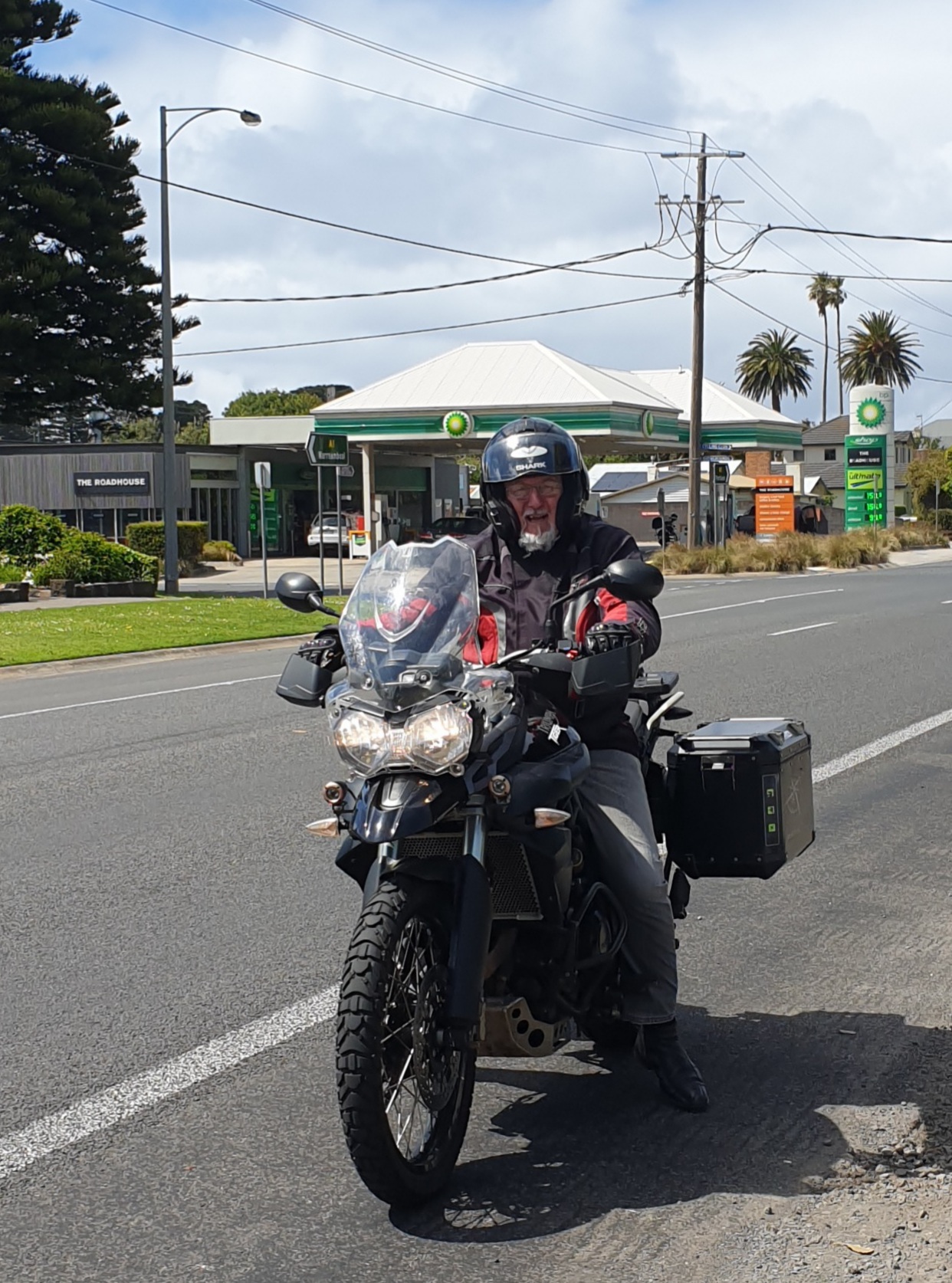