RIDE FOR A REASON

Our adventure began when 10 intrepid travelers responded to my invitation for a Cambodia ride at the 2016 AGM. After a bit of email traffic between us and between us and Cambodia….we agreed to meet up under our own steam in Phnom Penh. 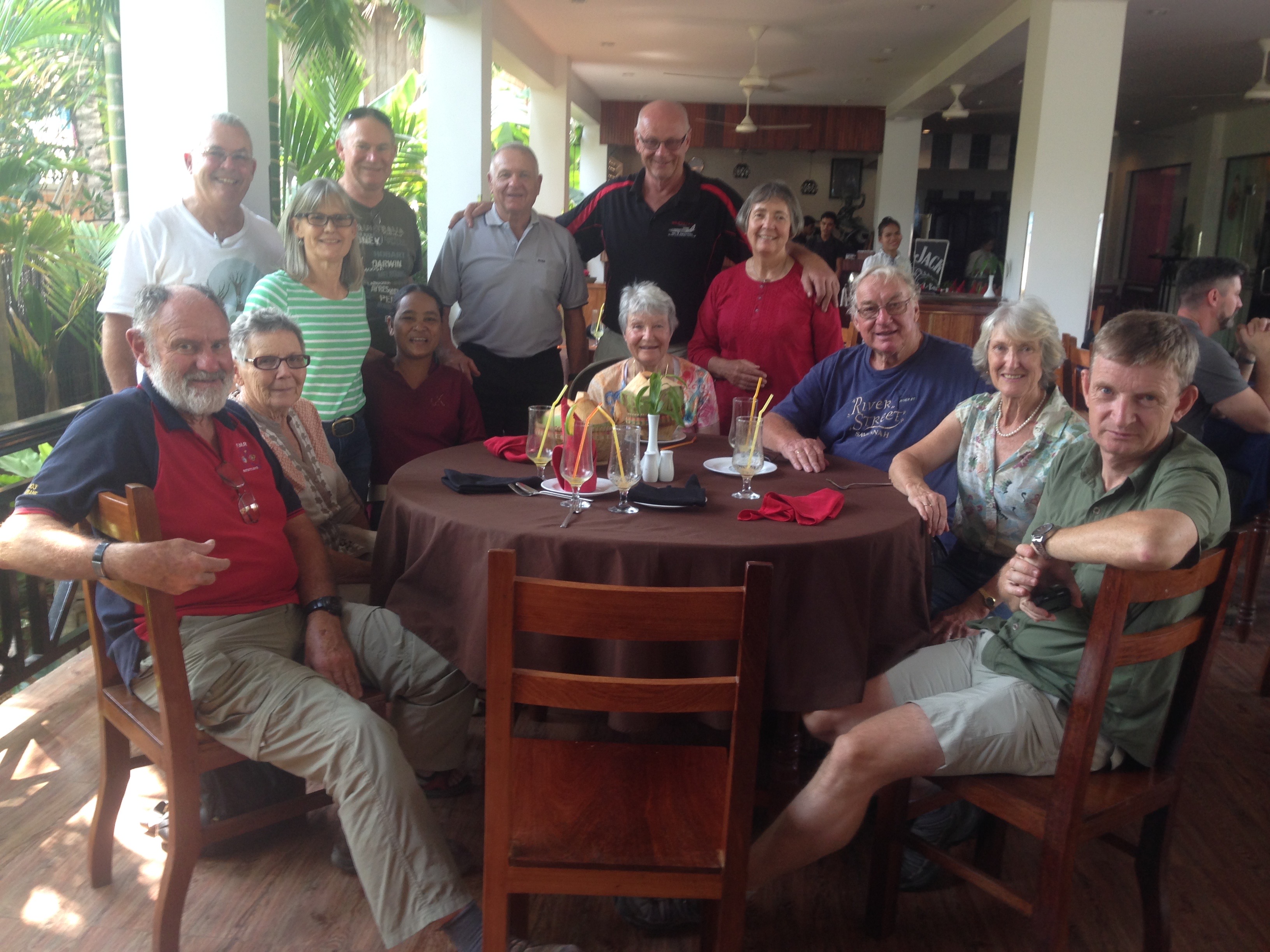 We had a day or so in Phnom Penh (tuk tuk….no motorcycles) to learn about Cambodia and see the sights and to get to know Sina, a schoolteacher and our guide.

Much of the recent history of the country is about conflict and it can get a bit depressing until you realise that after all the suffering the ordinary people are just like….well, just like ordinary people…but perhaps with a touch more resilience than you might expect.

We left in our minibus to travel to Pursat, near the centre of the country where we hired our 125cc motorcycles and enjoyed a few days getting about off the beaten track to visit villages, schools and our favoured project…a small booster school called ‘Building Bridges for Children’…supported at the time by a Canadian Rotary club. 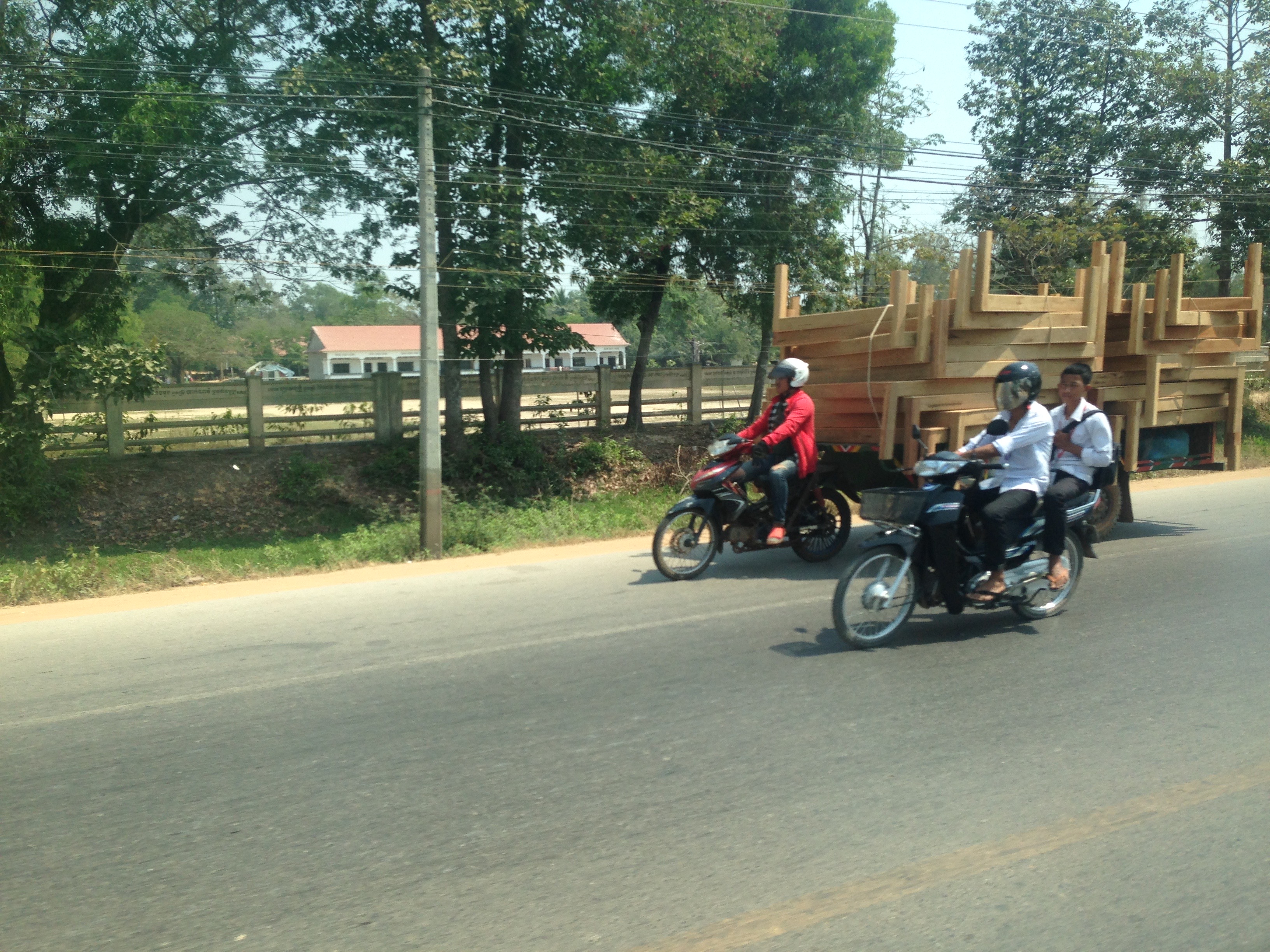 We met Rotarians, saw some Rotary projects and mingled with the locals and enjoyed pretty good accommodation. We rode the ‘Bamboo Train’…proof that what doesn’t kill you makes you stronger!

The bikes were simple, in good condition and cheap. Ideal for a slow trip to discover life in Cambodia. No ‘boy racers’….altho President Doug did a pretty good impersonation.

Leaving Pursat after a couple of days we moved north to the old French Provincial town of Battambang, one of the country’s best preserved colonial era towns. New hire bikes to explore the town and the countryside and adventure. The weather was perfect, we were riding on minor roads and mingling with the locals. Exactly what we hoped for.

We handed our bikes back at Battambang (no tourists on motorcycles allowed at Siem Reap) and bundled back into our mini bus for the trip to Siem Reap and the Temples of Angkor. Siem Reap was a pretty stark contrast to the quiet rural areas we had enjoyed…but no less fun. Great accommodation again and a street full of bright lights, good restaurants and cold beer…and one or two other things. The business owners have plenty of imagination when it comes to making money but not much idea about naming places….so they called it ‘Pub Street’ and it pretty well sums it up.

The temples of Angkor were simply breathtaking. Angkor Wat is the symbol of Cambodia and one of only a handful of ancient man made creations that simply stop you in your tracks. It is a ‘bucket list’ item, the largest religious edifice in the world. And built in the 12thcentury. As far as ‘WOW’ goes, it was the highlight of the trip.

Our trip finished back where we started in Phnom Penh with a final look around the city, a great ‘farewell dinner’ and our group dispersing to the 4 winds the next day.

What came out of it?

We did a feedback survey at the end of the trip. The unanimous response was favourable. The overwhelming highlights were the opportunities we had for simple, genuine interaction with the locals in a way that only motorcycle travel can offer.

The other thing that came out of it was our concern for the future of the ‘Building Bridges for Children’ school. In a country awash with ‘Do Gooders’, there is a feeling that the ‘hand out’ mentality is stifling enterprise, particularly with the poorer people. Our group decided to offer some support to the school….but we also suggested a longer term initiative to help make the the school self-supporting.

So at our urging, our guide Sina started a small tour company. She has designed an 8 day motorcycle tour with a written agreement to use the profits to support the BBC school and the Rotary Club of Pursat City. An initiative BY CAMBODIAND FOR CAMBODIANS. Self Determination through a love of motorcycle touring.

Sina’s next tour is in November 2018. Read about it at her website (www.khmergrouptours.com)or email me (Bill at info@confluence.com.au)for a detailed brochure and any questions.