The Rotary Club of Loxton

‘ROTARY IN THE OUTBACK’

147 Rotarians and Friends had made their way to Birdsville by the evening of Friday August 15th 1997 to attend the World President’s Banquet, hosted by the Rotary Club of Loxton. 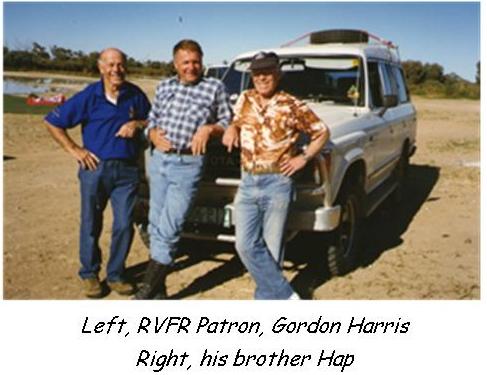 47 of the diners had crossed the Simpson Desert on motorcycles or four wheel drives! (see History Chapter “The Sand Dragon Ride”). Another 32 had flown in from various departure points in light aircraft, and the remainder had driven from all points to marshal at the Ororoo Oval at 11am Thursday 14th August, to be lead to Birdsville by “Rotary in the Outback Convoy Coordinator”, Norm Hood, Rotary Club of Renmark, District 9520.

This was the first occasion in Australia (and perhaps the world) that members from three Rotary International Fellowships had met to attend a Rotary meeting. Gordon Harris, Patron of the Recreational Vehicle Fellowship of Rotarians, had driven one of the support vehicles across the Simpson Desert and couple of other RVFR members had travelled with the Outback Convoy.

A number of the light aircraft pilots were members of the International Fellowship of Flying Rotarians.

The ladies from the Bettta Race Club Committee catered for the banquet which was held in the Birdsville Town Hall. All of the Sand Dragon participants needed to spend 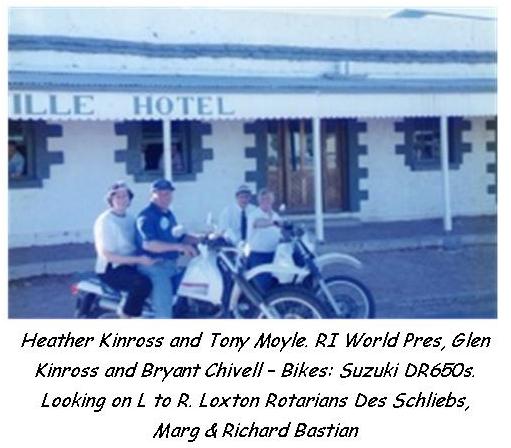 quite some time in the Caravan Park showers, making themselves presentable for the evening function. A good number of the visitors were kept busy helping set up the hall, and a much better number were enjoying the company and the beer at the Birdsville Hotel

The Loxton Rotary Club meeting was opened by President Tom Avery, who welcomed Rotary International’s World President, Glen Kinross and his wife Heather. Tom also thanked everybody who had travelled so far. Special Rotary guests were introduced and many banners were exchanged.

Next was the daily presentation of the Broken Wheel Award, followed by Sand Dragon Ride Coordinator, Bryant Chivell, mentioning the difficulty of the ride, and the camaraderie around the camp fire each night.

Loxton Rotarian, Dean Nicolson was presented with a PHF by RI World President, Glen Kinross.
Fine Masters, Paul Pfitzner and Andy Hern held a well thought out Fine Session which was followed by many Rotarians presenting cheques as donations to the RFDS.
Together with the proceeds of a raffle and an auction, a cheque for $10,000 was handed over to the RFDS.

Guest speaker was World President Glen Kinross from the Rotary Club of Hamilton, Brisbane, Australia. Glen commented on the uniqueness this Rotary meeting – over 1,000kilometres away from its regular venue, and attracting an excellent complement of Rotarians and other guests from a wide variety of areas and clubs, including overseas members. 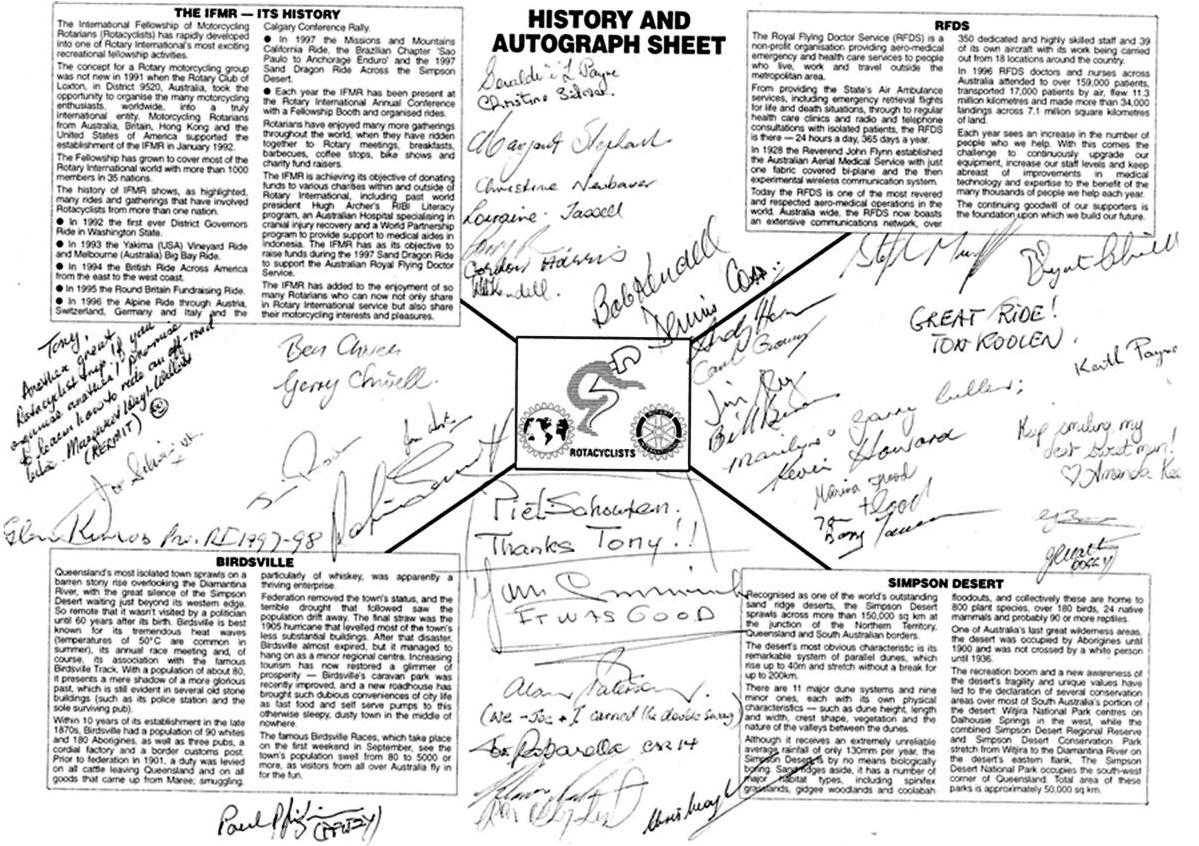